Team Battle 2013 – international contest for teams of 4 music video creators, which will be formed by organisators. Registration required. As a result, every team must present 4 videos in the selected category. Any self-made video based on films, games, sports , etc, can be submitted to the contest. The only restriction is anime and Japanese videogames.

Rules:
- Each participant registers in this topic and selects at least two genres in which he/she may participate.
- Acceptable genres:

- The team consist of 4 participants.
- One creator can participate in one team only.
- After registration deadline participants will be allocated into teams by contests organisators.
- The video has to be uploaded to the server according to the deadline, from the 1st of August 2013 till the 25th of August 2013.
- We only accept exclusive videos which were never published online before.
- In case a contest video is found online (at YouTube, Vimeo, etc) before it has premiered at Team Battle 2013, it should be disqualified and published as a regular non-contest video.
- Indicate "Team Battle 2013" in submission form for your video.
- The badge for the video should be marked “Team Battle 2013” (Badge is a small picture 200x120 which should be submitted when you fill in the form).
- CreaSpace and/or the contest’s name should be mentioned in the video
- Lenght of contest video cannot be less than 1 minute (without credits).

Once you have submitted your work to the website, only you and moderators will be able to see it. If your video successfully passes the tech check, it will be shown at the contest page and announced at the main page. Publication of the new video can be delayed in order to give the every video enough time to be discussed. If the video does not pass the tech check or the moderators have any observations, a respective notification shall appear at the page of the video.
A video won't be accepted, if:
1) It was shown online before 1 August 2013.
2) It is made of Anime or Japanese videogames. (for those there is a separate Across contest).
3) There are significant compression artifacts.
4) TV resolution of full version is far too low (320х240 or 352х288)
5) There are hard subtitles not justified by artistic intent.
6) Interlace or broken aspect ratio is visible in most parts of the video
7) There are black bars on the top and bottom of the video (if those are not used in any way during the screening).
9) There are violations of Russian Federation legislation, in particular concerning the incitement of ethnic hatred.
Recommended codecs:
• Video: H264
• Audio: AAC, MP3

Note
Rules can be changed during contest in case of unexpected circumstances. 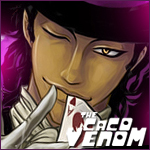 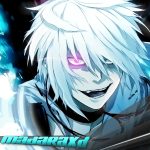